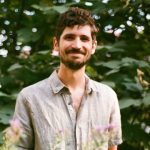 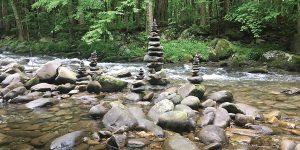 The scene is a simple one. A young boy, fascinated by slick stones in a 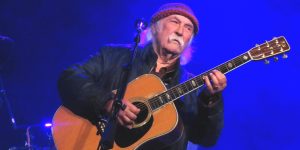 Crosby helps to inspire “A Search for Safe Passage”

Legendary singer-songwriter David Crosby passed away at the age of 81 on January 19, 2023. 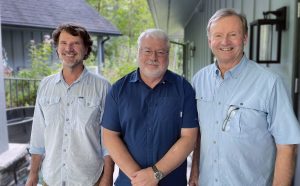 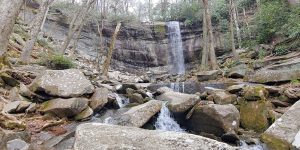 Hike offers reminder to explore at own pace

As much as I love seeing rainbows, I hadn’t intended to hike to Rainbow Falls, 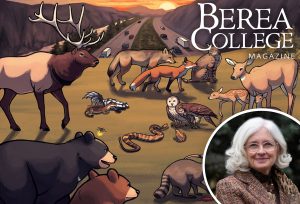 In a December article for Berea College Magazine, A Search for Safe Passage author and Berea

In a new episode of Sepia Tones: Exploring Black Appalachian Music, hosts Dr. William Turner and Dr. Ted Olson talk to Amythyst Kiah—an acclaimed, Grammy-nominated musician whose work blending the genres of folk, rock, and roots music has established her as a distinctive new voice in Appalachia. Reconnecting with Kiah in this episode is her mentor, Jack Tottle, an accomplished musician with a long career as a singer, songwriter, author, and educator.

Kiah won critical acclaim in recent years both as a member of the group Our Native Daughters and on her own with her album Wary + Strange. In her conversation with Tottle, Turner and Olson, Kiah explains how exploring Appalachian music through the bluegrass, old-time, and roots music studies program at East Tennessee State University—a program that Tottle founded in 1982—helped her come into her own as an artist during a formative time.

“I can’t stress enough how important that program was to me,” Kiah said. “That’s how I got introduced to traditional music, and my curiosity kept me going.”

For his part, Tottle remembers Kiah as a young student with tangible potential: “She had a wonderful musical ability,” Tottle said. “I had no idea where it would lead.”

The wide-ranging and personal conversation touches on themes raised in previous episodes of Sepia Tones, exploring the multicultural and multiracial origins of many Appalachian music genres in contrast to the highly racialized marketing of the early 20th-century music industry that often segregated both performers and listeners. Although the very earliest bluegrass and traditional country music records often featured white performers and were marketed to white audiences, Tottle explains that many of the first country music stars were heavily influenced by Black musicians.

In “The Bluegrass Sound,” a collaborative recording first released in 2000 and sampled in the episode, Tottle pays homage to Arnold Schultz—an African American musician and mentor for Bill Monroe often described as the father of bluegrass. “That’s really talking about the shoulders that Bill Monroe stood on,” Tottle said. “I think it indicates a lot about the deep influence that Black music has had on bluegrass.”

Learning about this hidden music history has been inspiring for Kiah, who has received attention for her striking performances of traditional Appalachian music on guitar and banjo. But even so, she believes musicians needn’t always stick to the same musical traditions practiced by their forebears.

“Do I need history to prove that my ancestry also participated in this music in order for me to then have permission to play it?” Kiah asked. “Music belongs to anybody who wants to listen to it or play it.”

The episode includes a live performance of “Black Myself” by Kiah, “The Bluegrass Sound” by Tottle from The Bluegrass Sound and Other Stories, and a selection of traditional songs sung by Kiah from the GSMA-produced albums Big Bend Killing and On Top of Old Smoky.

Sepia Tones is funded through the African American Experiences in the Smokies project in collaboration with Great Smoky Mountains National Park and was recently recognized with an e-Appalachia Award from the Appalachian Studies Association and an Award of Distinction from the East Tennessee Historical Society. It is distributed through GSMA’s Smoky Mountain Air podcast and available through Apple, Google, Spotify, Stitcher, and most other major streaming services. The fifth episode of the miniseries can be found here.

By submitting this form, you are consenting to receive eNews from: Great Smoky Mountains Association, P.O. Box 130, Gatlinburg, TN, 37738, US, http://www.smokiesinformation.org. You can revoke your consent to receive emails at any time by using the SafeUnsubscribe® link, found at the bottom of every email. Emails are serviced by Constant Contact. 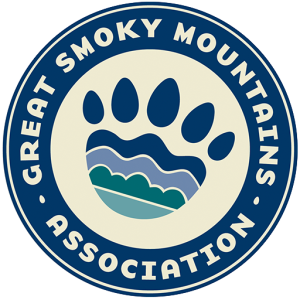 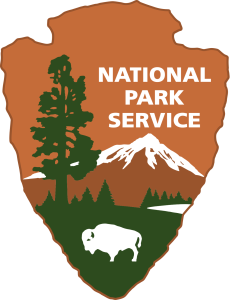 By submitting this form, you are consenting to receive eNews from Great Smoky Mountains Association, P.O. Box 130, Gatlinburg, TN, 37738, US, http://www.smokiesinformation.org. You can revoke your consent to receive emails at any time by using the SafeUnsubscribe® link, found at the bottom of every email. Emails are serviced by Constant Contact.